You might not have heard of Australia’s Central University of Technology, but you may soon enough. The school recently released a strange, borderline surreal online ad that has gone viral, generating over 2 million views on YouTube.

The video features Henry Inglis and Aaron McCann, two comedians and award-winning filmmakers from Perth, Western Australia. Since 2007, the pair have collaborated on a series of comedy shorts under the “Henry & Aaron” name. Fittingly, the ad they produced for Central University of Technology looks like no other education marketing campaign we’ve ever seen, which is one of the reasons why it’s getting so much attention. Aside from being different, though, It’s also funny, irreverent and gory (and surprisingly effective at making viewers remember it’s tagline). 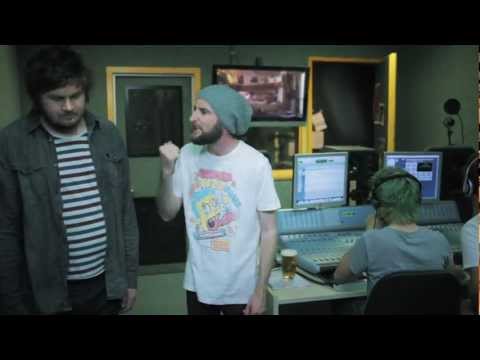 Clearly, this ad isn’t appropriate for most schools (healthcare programs and colleges may not look too kindly on someone being impaled in their name), and we’re not condoning blood-soaked advertising campaigns. However, the fact that we’re even talking about a university in Australia illustrates how powerful education marketing on social media platforms can be, particularly when they’re used to think outside the box. An argument can be made, though, that a commitment to developing your social media presence – and increasing your share of social media voice – forces your college marketing department to develop creative ways to both spread your message and engage with target audiences. After all, a comprehensive social media strategy for your college should involve setting up, maintaining and monitoring profiles and pages at a number of social media sites, including:

When you start putting this in motion, you’ll discover quickly what content works best on what platform. That kind of insight can then help develop creative content and marketing ideas. After all, Central’s Henry & Aaron ad would never have worked in a print format (or as a TV ad). The YouTube platform made the idea possible.

All this to say, if your school hasn’t started developing their social media presence, now’s the time. The future of education marketing may not or may not involve blood and guts, but it most certainly will involve social media.

What do you think about Central University of Technology’s online ad?