One of the most exciting things about working in digital marketing is that the online world is constantly changing and evolving. All it takes is an inspired idea or exciting new technology to make you completely rethink your existing approach and unlock exciting new possibilities for your campaigns.

2017 saw many interesting new developments in the digital sphere, such as the rise of Instagram Stories and the explosion of livestreaming platforms like Facebook Live and Periscope. For student recruitment professionals, these tools offered new ways of engaging with prospective applicants online, and helped them to reach their audience more effectively than ever before.

Will 2018 bring the same level of change? Keep reading to find out what to expect.

One of the biggest shifts in digital marketing for schools in the next year could be largely invisible, but extremely important. Many professionals are predicting that the biggest change we will see in the online landscape in 2018 will be an increased focus by marketers in all industries on Generation Z.

While there is often debate around the exact dates that divide Generation Z and millennials, most experts place people born in 1995 or after in the former category. This means that the oldest Gen Z members will be 22 next year, potentially entering the workforce, and enjoying increased spending power and influence. As a result, you can expect more and more marketers to target the younger generation, and begin to favour platforms popular among them, like Instagram and Snapchat.

Of course, many education marketing professionals will already be focusing on this demographic in their efforts, and will be more prepared than most to reach them. Nonetheless, the increased focus on this market from other industries could have indirect consequences for schools, with increased competition in both online advertising and social media for the attention of users.

2. Should ‘Digital Hangouts’ Be a Part of Your School’s Social Media Strategy Next Year?

Speaking of Generation Z, the increasing importance of that demographic could bring about some dramatic changes to social media use in the next year. As the world’s first true digital natives, Gen Z is more comfortable online than any generation that came before it, to the point that some even prefer to meet and connect with peers virtually rather than face-to-face.

This has led to the popularity of ‘digital hangout’ platforms like Houseparty, which allows users to socialize online in video group chats of up to 8 people. Houseparty now has over 1 million daily active users, and Facebook has recently launched its own digital hangout app, Bonfire, in select markets.

Example: Here’s what a typical ‘digital hangout’ on Houseparty looks like.

As with other social media trends before it, like instant messaging, group video chat apps are seen primarily as social tools at present, and it will take some time before users begin to accept the presence of marketers on these platforms.

However, if 2018 is the year that digital hangouts move from the fringes of the online world to the mainstream, it could open up a number of intriguing possibilities for social media in higher education. For instance, these platforms could be used to host group Q&A sessions for prospective students, or deliver online webinar or lecture content in a more personalized, informal setting.

Bonfire isn’t the only new platform that Facebook launched in the past year. In April 2017, the social media giant debuted Facebook Spaces, its new virtual reality platform, for the Oculus Rift and HTC Vive.

Taking the digital hangout idea one step further, the revolutionary VR app allows users to connect with friends in entirely virtual environments. You can use Facebook photos of yourself to create a digital avatar and virtually explore the site’s collection of 360 videos and photos, and even images from your own personal timeline. The app also includes a ‘virtual marker’ that you can use to draw 3D objects, and even lets users place video calls or livestream from inside these virtual environments.

You can the potential the app offers in this video from Facebook: 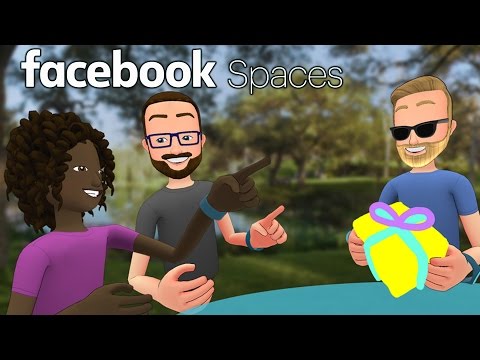 Even though VR headsets are still not widely owned and used at present, Spaces is an exciting new platform, and represents the fullest realization yet of what a VR social networking experience could be. For schools, the possibilities it offers are endless, and it could have the potential to completely change how everything from virtual campus tours to lectures and seminars are delivered.

4. Is it Time to Start Building Chatbots For Your School?

Although we have spoken about the possibilities that chatbots could offer schools before, the use of this new technology is still fairly rare in the education sector, but 2018 could be the year that all changes. Over the past few years, chatbots have become increasingly more widespread, sophisticated, and accepted by online users, with over 100,000 now active every month on Facebook Messenger alone. Third party developers like Chatfuel and Botsify are also making it easier than ever for organizations to design and customize their own bots, while companies like Admithub and Ivy are even designing bots specially tailored for higher ed.

Example: Admithub designed Pounce, a customized chatbot, for Georgia State University. Pounce was able to handle over 99% of student queries in a randomized control trial.

While care needs to be taken to ensure that inquiry follow-up remains personalized and useful to prospective students, using chatbots could potentially help schools to streamline the process, helping them to better connect with international students in different time zones, answer common queries more speedily, and even automatically direct students to useful web pages. In addition, as chatbots become more widely used, your audience may come to expect the efficient and instantaneous service they offer, meaning next year could well be the time to test drive this new tech.

5. Spotify Could be the Next Big Higher Ed Paid Advertising Platform

With over 140 million daily active users worldwide, streaming service Spotify has revolutionized the way people listen to music, allowing listeners to access practically any song they want at the touch of a button. While it is possible to pay for an ad-free subscription service on the site, the majority of users make use of the platform’s free accounts, which play occasional ads between songs.

This is a particularly intriguing audience for advertisers in all industries, and the recent news that Spotify was launching a self-serve advertising platform was greeted with a lot of excitement in marketing circles.

The new service allows you to create your own 30-second audio ad with a voiceover and background music. If you don’t have access to a professional studio to record your voice track, you can submit a script to Spotify and they will record it for you. Advertisers also have the option to include their own headline text, a 640×640 pixel image, and a link.

You can learn more in this demo video: 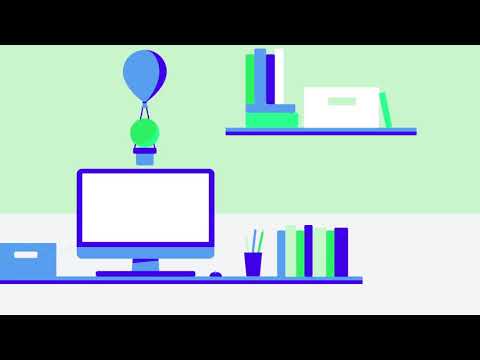 As both a new online promotional channel and an alternative to traditional radio advertising, Spotify represents an intriguing new option for schools. Listeners can be targeted by age, gender, location, device, and activity, and even music taste.

The service is charged on a cost per play basis, and campaigns can be built with a minimum budget of just USD$250. Spotify are only accepting US-based advertisers at present, and there is a waitlist to join, but schools all over the world would do well to investigate this intriguing new avenue when it becomes more widely available.

Although it is always fun and exciting to explore new possibilities on the digital horizon, it’s important not to get too carried away. The success and failure of new innovations is ultimately determined by their popularity with online users, and this can be notoriously difficult to predict. For instance, this time last year we speculated that Snapchat Spectacles could be one of the hot new social media trends in 2017. However, the public disagreed, with just 0.08% of Snapchat users actually opting to purchase the gadget.

For optimum results, a forward-thinking but cautious approach is always best. By keeping your online student recruitment efforts grounded in tried and tested strategies, while still paying attention to upcoming trends and developments, you can ensure you don’t get left behind while avoiding making costly mistakes.

Regardless of what the future holds, though, Higher Education Marketing would like to wish all our readers and clients a Happy New Year, and the utmost success in your student recruitment efforts in 2018!