With Google focused on integrating Google+ with other services, and Facebook switching over to the much more archival Timeline, there is clearly something of a war brewing between these two Internet behemoths.

Facebook, with over 990 million users worldwide, is far and away the social media leader, and as we’ve discussed, it is also very popular with prospective students. Google+, however, has made inroads, and with Google’s other products, Google Analytics, YouTube and Gmail most prominently, it is well positioned to continue taking bites out of Facebook (particularly since they’ve incorporated social circles and social reports).

The question is: should Facebook fight back by launching its own search engine? They can definitely benefit from such a development, even if Google has an almost 65% market share worldwide. For one thing, search is the top dog when it comes to advertising dollars (Google still generates most of its revenue from search), and there is enough evidence to suggest that Facebook would be able to offer advertisers something of an unparalleled service. After all, people now spend more time on Facebook than all of Google’s services, combined, this includes YouTube and Gmail (which is open all day on my computer).

Clearly, if Facebook created a stand-alone website, similar to Google’s, it’s very possible that their results page would be much more personalized. The wealth of information that the social media giant knows about its user base (let’s be honest, they know everything about you), would also likely lead to higher CTR and conversion rates for advertisers. It’s doubtful, however, that they would go this route, as it runs counter to the way they’ve worked in the past. It’s much more likely that they will implement a more elaborate search function within their existing platform.

There are reports, in fact, that Facebook is currently focusing a lot of resources on improving the site’s current search capabilities (which is understandable, it’s frustrating to say the least). A drastically improved search function, combined with the vast social (and public) information available on Facebook, would be something very unique, and it may very well create something of a universal platform, a sort of portal through which users experience the Web. To that end, Facebook was awarded a patent last year called, “Visual tags for search results generated from social network information”. This is how it was described: Search results, including sponsored links and algorithmic search results, are generated in response to a query, and are marked based on frequency of clicks on the search results by members of social network who are within a predetermined degree of separation from the member who submitted the query. The markers are visual tags and comprise either a text string or an image. Clearly, something like that, something that incorporates a powerful search engine with a user’s social world, can compete with Google. To hear more about the social network’s vision for the future, check out Facebook’s Bret Taylor talking at the Web 2.0 Summit: 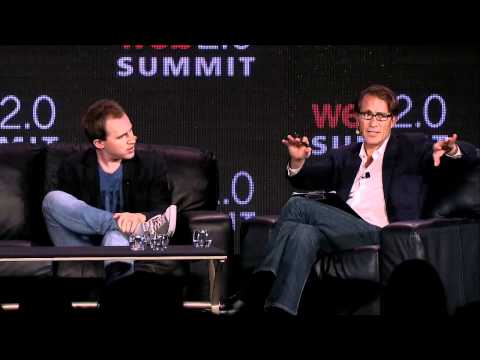 What Will a Facebook Search Engine Mean for Higher Education?

When it comes to education marketing, a Facebook search engine may be a very powerful tool. For one thing, a majority of colleges and universities are already on Facebook. A Varsity Outreach study on 150 American colleges and universities in 2011 showed that 79% of schools had an admissions-specific Facebook presence (this was up from 65% in 2010.) We’d be surprised if it didn’t increase in 2012, as Facebook has been testing a new feature that is directly related to higher education: Groups for Schools. This feature will let colleges and universities create a separate and specific community limited solely to people with active school email addresses. Essentially, this lets students and faculty create or join specialized groups within the site for specific classes, clubs and more. Should a powerful search engine be integrated into this mix, it means a whole lot of social information will suddenly be easily searchable by prospective students (of which 83% would view the Facebook page of a school they were considering). It also means that schools really need to implement and maintain a comprehensive social media plan. Stay tuned for more developments on this topic.

What do you think about the idea of a Facebook search engine?